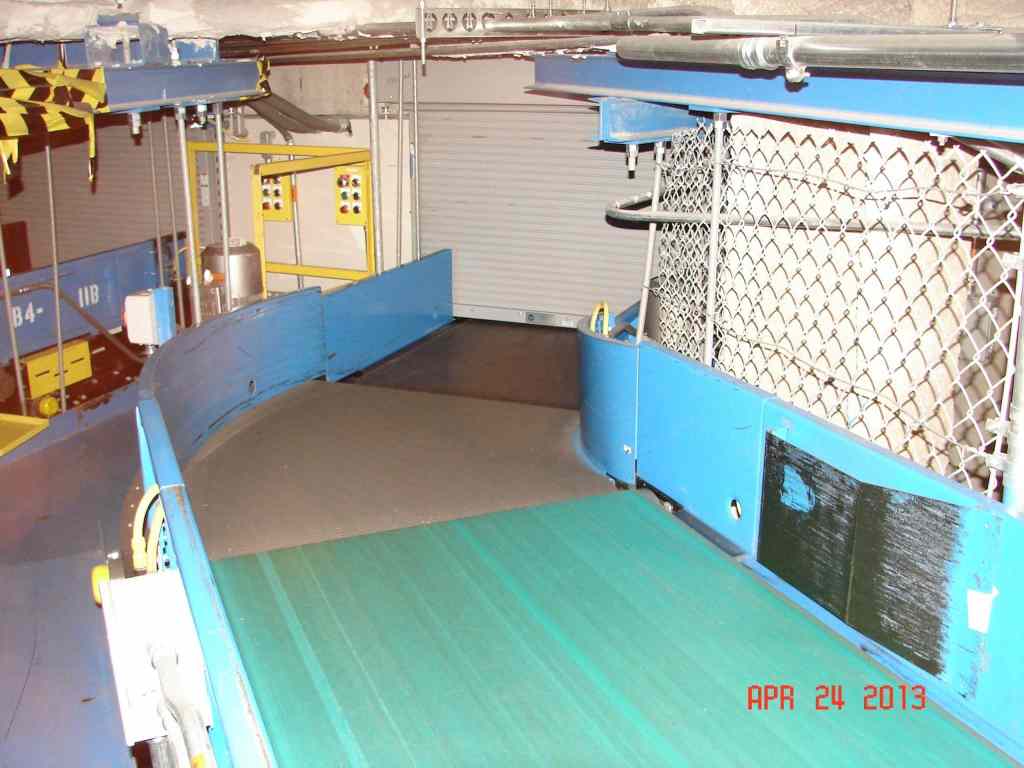 A new luggage conveyor belt system was being installed at a major airport.  A worker doing some final adjustment climbed onto the belt after assuming that someone else did a Lock-Out, Tag-Out.  It was a major safety error on his part because soon after he climbed onto the belt someone activated the system.  The worker was drawn into a small door opening where luggage usually would go through.  He managed to hit an emergency button to stop the belt but it was too late to completely eliminate his injuries which included significant damage to his hips.